The Peragallo's were introduced to St. Bernadette's Parish in its architectural infancy as the church was being built from its foundations.

Over a few years of planning with the church leadership and music departments, a plan was finally put into place to create a new instrument to match the soon to be beautified building. In concert with the designers, painters, stained glass experts and other craftsmen, the Peragallo firm began fabricating this wonderful instruemnt at out shops in Paterson, New Jersey.

Falling into place as faith would have it, was the intersection of a trinity of pipework resources that would make the envisioned project viable and grant a trajectory of success.  The first of these founding resources came from the availability of Peragallo Opus 399 at the First Reformed Church of Ridgewood NJ.  Designed by Foster Freeman and built by John Peragallo, Sr. and John Peragallo, Jr. in 1960. The second resource was a vintage instrument from the Church of the Epiphany (episcopal) in New York City. The church had decided to relocate and the 50 ranks of the Joseph Whiteford 1962 Aeolian-Skinner Opus 1412 were not going along with them. The third portion of pipework came from an unlikely source in Elizabeth, NJ.  The Second Presbyterian Church, having closed its doors, was looking to demolish its church interior.

The custom designed free-standing casework of the instrument was constructed entirely in our workshops in Paterson, NJ. The structural timbers and expression boxes are made purely of hardwoods. The structure is divided into three stories with the expressive Récit at its peak reflecting the French tradition of the famed organ at St. Sulpice in Paris.  Standing atop the casework, one can touch the constellation ceiling, peering clear across the vaulted ceiling of the church.  The organ includes two complete expressive divisions, a Récit and a Choeur, with the Grand Orgue fronting each box with its massive principal chorus. The facade of the instrument is entirely of functional speaking bass pipes. The Pédale division includes a true 32’ reed and five 16’ pitches.  Other notable ranks include the wooden 4’ Flûte Venitien on the Grand Orgue, Jerome B. Meyers Salicional and Celeste in the Choeur, and the full-scale open wood 16’ Flûte Ouverte that adorns the back of the case and moves lots of air.  The Choeur division also features a unique and completely mechanical vibra harp that was original to the Ridgewood instrument. The one and only rank of new pipes is the Trompette en Chamade.  This signature stop of Peragallo tonal design is a true commander, so useful to celebrate feast days, weddings, and funeral liturgies.

In order to ensure longevity for the instrument in this southwest environment, the entire chassis, casework, console and control system had to be new.  The pipework from all three instruments was cleaned, re assessed, re scaled, re stored in our pipe shop and re racked on the new wind chest pipe sills in our Paterson factory.

The organ’s final tonality reflects the best aspects of more than 104 years of organ building – with pipes being touched by four generations of the Peragallo family.  Wondrous elements of the old Hook, vintage Aeolian-Skinner and nuanced Peragallo organs happily coexist in a new body of work in this inspiring worship space. Peragallo Opus 770 represents a testament to the faith this parish and its leaders showed in us as builders and as supporters of their mission to bring all closer to God.

Completion of the instrument required just one year, in total, from the signing of the contract to its installation on site.  The casework was designed by Frank Peragallo and John Peragallo IV.  Direct design-build communication with the craftsmen, led by project director, Anthony Peragallo, resulted in a textbook example of how faith in each other’s abilities, workmanship, and work ethic can produce a veritable result. 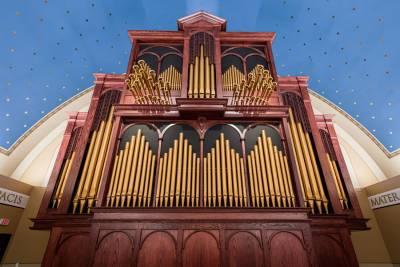 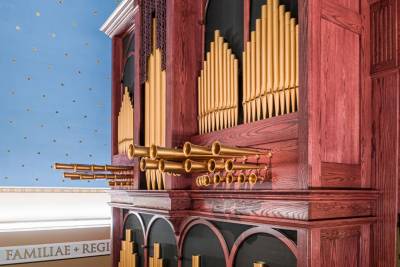 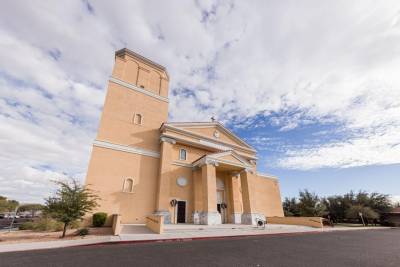 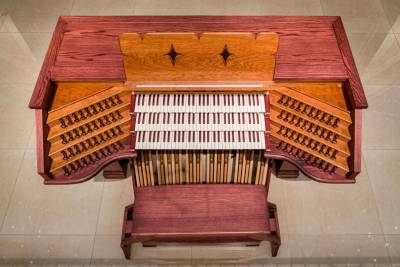 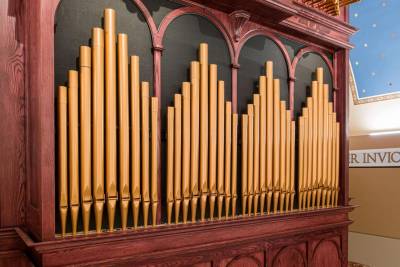 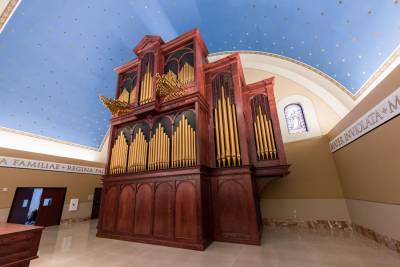 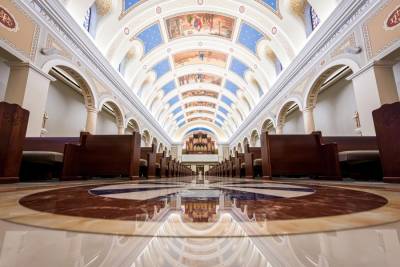 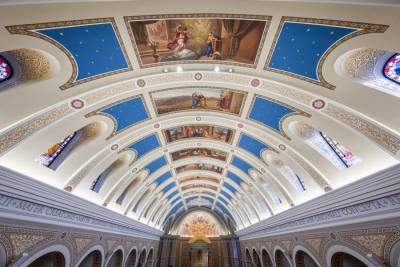 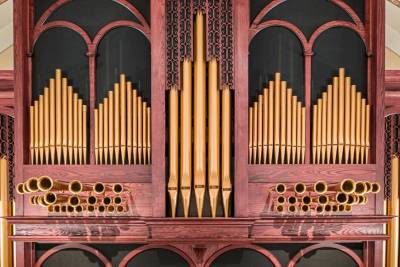 How May We Help You?

If you have any questions or require any type of additional asssistance, we are always here to help. Please don't hesitate to visit our contact page or call us directly.