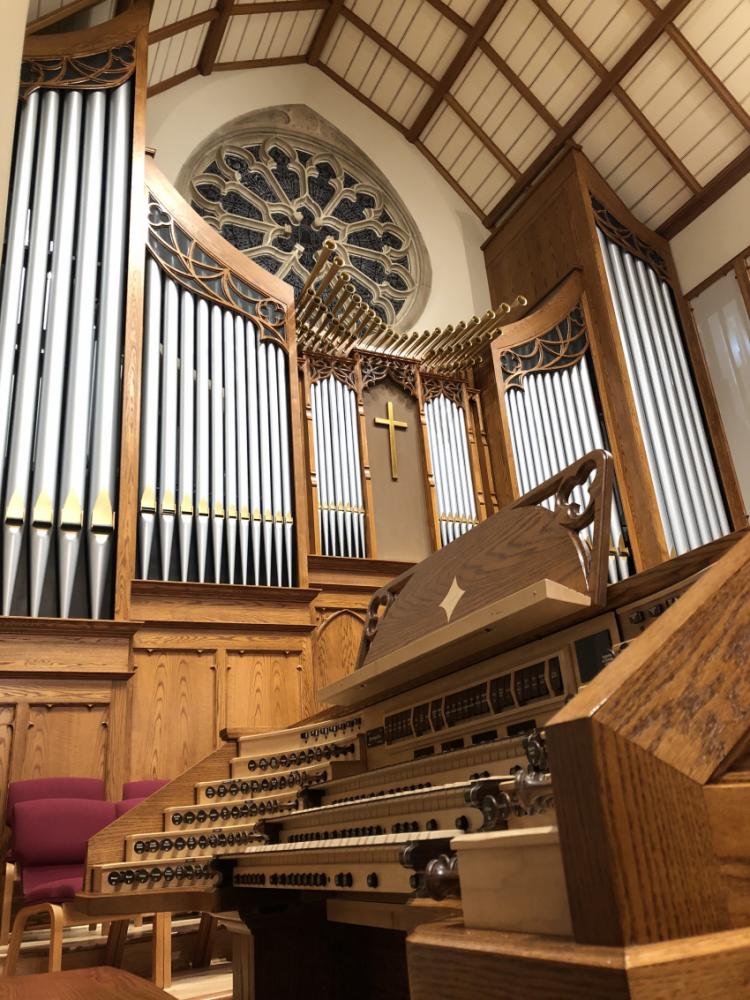 Texas is never shy in showcasing its ambitions of a brighter future, with Texas A&M University being a perfect example.  The recent vision set forth by the university to double the population of the Town of College Station is a goal already being realized.  The previous organ at the church needed to be re imagined to support a most ambitious music program that was quickly moving beyond the instrument’s capabilities.

The church invited builders to review the instrument and draw up proposals.   John Peragallo III and Frank Peragallo were tasked with the process of analyzing the organ and the church’s acoustical space.  A multi- faceted proposal was developed in coordination with the church to address the music ministry, the instrument, the acoustics and environmental aspects of the room.

The organ committee made a field trip to the factory in New Jersey.  During the trip, the group of eight toured many of our instruments in the New York City area. The mission of the trip was to define and demonstrate, in real life, how proposed ideas on building acoustics and tonal schemes would shape the church back in Texas.  A clear picture emerged of what all parties would need to do.

Preston Greenwald, the Pastor of A & M United Methodist Church led the project’s funding and the coordination of the many design professionals and engineers who were members of the church. The new organ would be a visual centerpiece in the sanctuary and careful consideration was given to each critique of the design by all the professional talent that surrounded the project.  Ultimately, Greenwald’s faith in his ministerial staff, building crew and our company pushed the project to a result that beckons great music making.

The church’s acoustical settings were rethought and improved with a new sanctuary floor and resurfacing of the ceiling in a more reverberantly reflective material.  This work was undertaken by Will McCollum, the facilities manager at the church. Will and his sons were intimately involved in each step of the organ building on site and later returned to Paterson, New Jersey with organist, Jungjin Kim to learn about pipe organ care, tuning and maintenance.

The organ features a completely reimagined tonal pallet, offering a broad selection of Romantic stops and a plenum capable of generating both greater power and reflective pianissimo.  The new casework allows the Grand Orgue division to speak directly down the center axis of the nave.  Many new ranks were added, including a full diapason chorus in each division, along with distinct solo stops in the form of a Willis Tuba, English Horn, Clarinet, and Hautbois.  The Grand Orgue manual pipework features two 16’ full length flue ranks including the facade Violone, aptly nicknamed “Yo-Yo Ma” by the pastor.  Our signature curved French terraced key desk was custom designed and hand built to match the church’s furnishings. 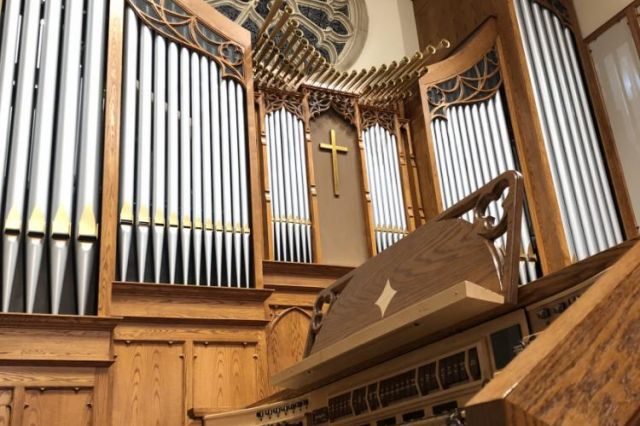 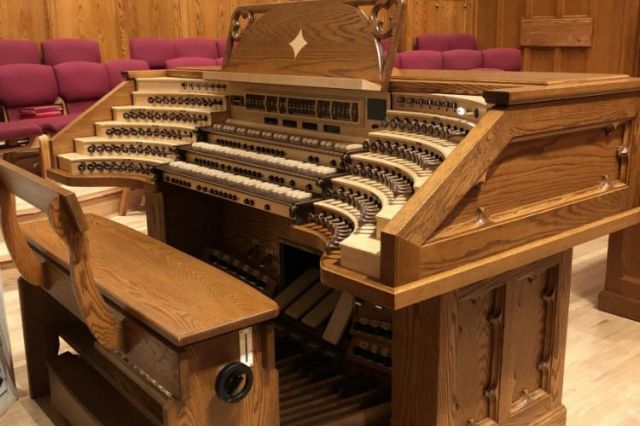 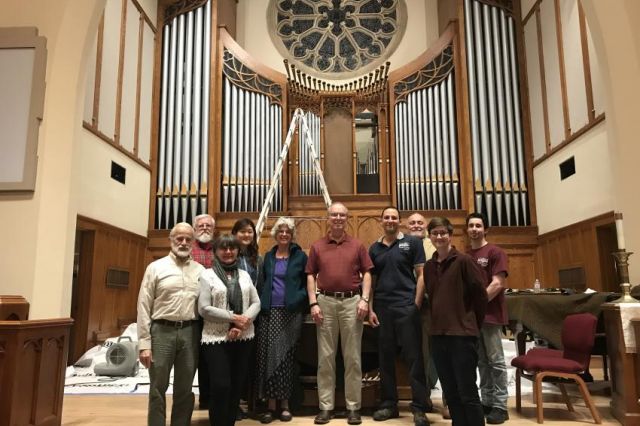 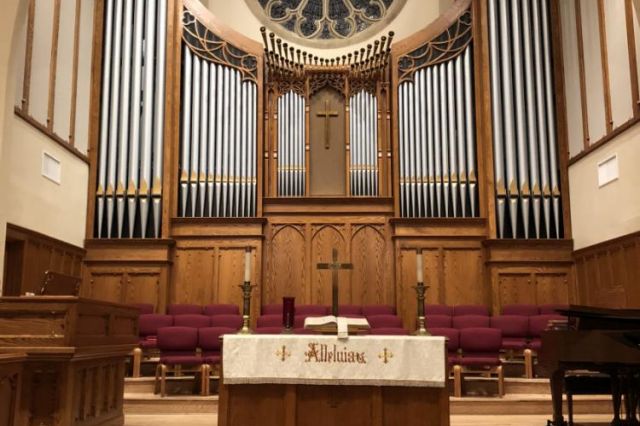 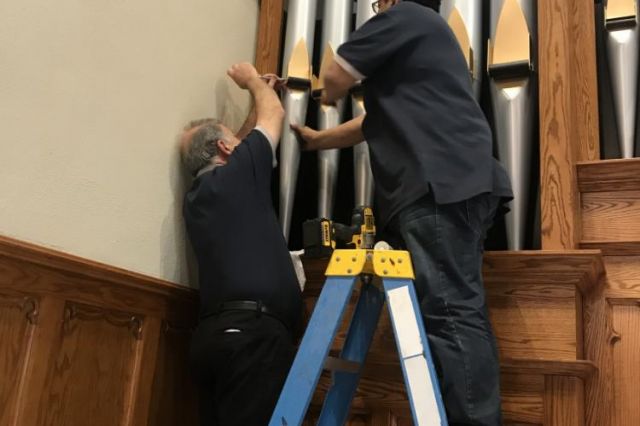 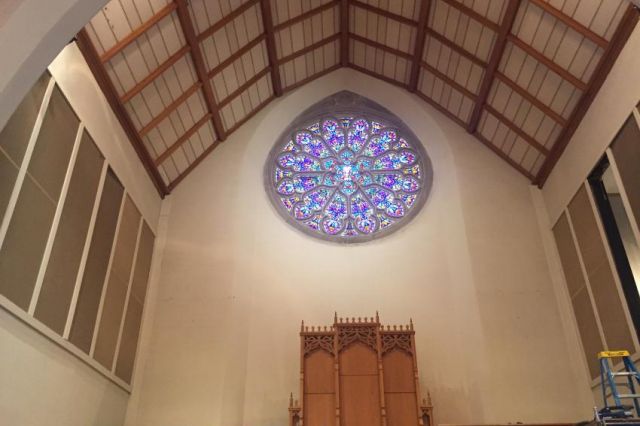 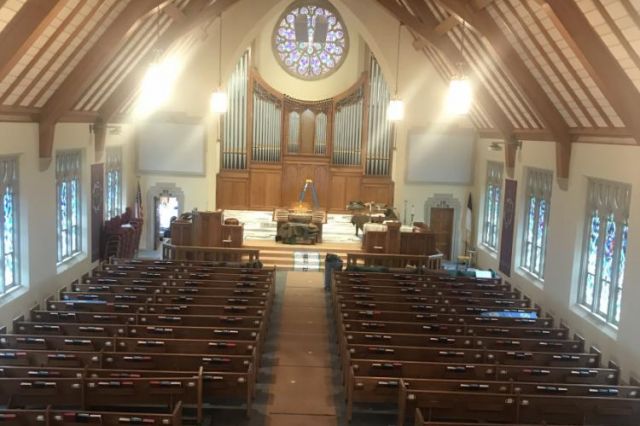 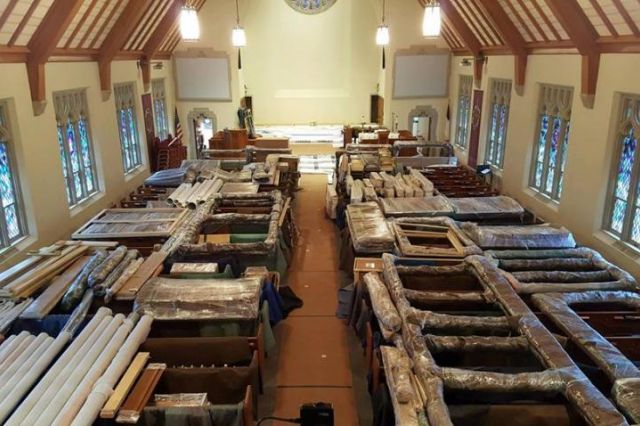 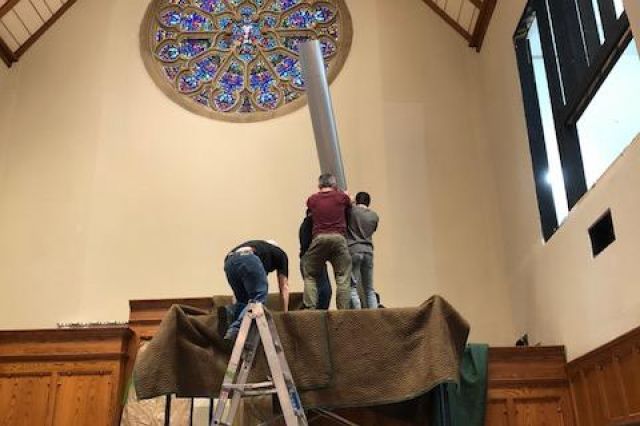 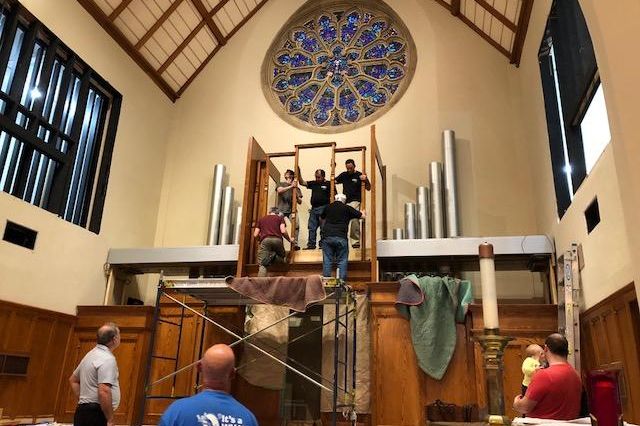 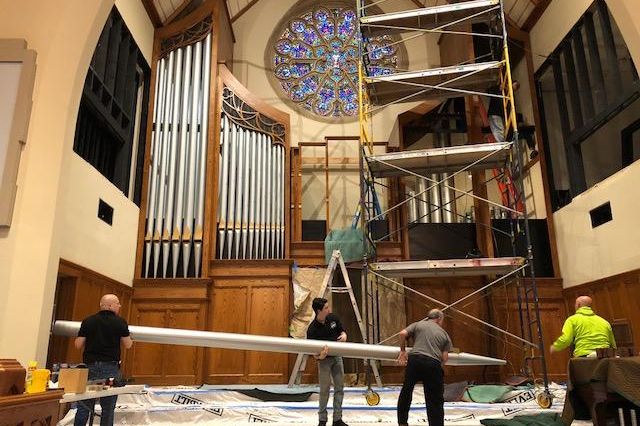 Questions about this or any of our organs?

If you would like to know any other details or specifics about this or any other organ, please contact us at any time. You can also call us at 973-684-3414 and we would be happy to help!